When it comes to improving the health of children, can a walk in the park be as good as a pill? A growing number of American physicians are betting on it.

“I prescribe nature to patients because it is the easiest way for me to get people outside,” declares Robert Zarr, a Washington, D.C. pediatrician. The National Environmental Education Foundation has made it a mission to turn Zarr and other healthcare providers into “Nature Champions” who prescribe free-form outdoor exercise to their patients.

I listed the sorry state of U.S. inactivity in a previous post. And there’s more I learned at the national Walking Summit:  most American adults spend 90% of their time indoors, 40% of them get no leisure-time physical activity, and their kids park in front of screens 7.5 hours a day.  This has contributed to a doubling of the type 2 diabetes rate in the past fifteen years and the fact that one in three Americans—whether adult or child—weighs too much.

But according to NEEF, those who get outside regularly are more likely to:

Anybody who played outside as a kid knows this intuitively, but these days having the down time to “do nothing” is increasingly rare. Champions like Zarr believe the Nature Rx is the official-looking impetus to get families to stop being so pre-occupied, mending their ways hopefully in the restful setting of a park. 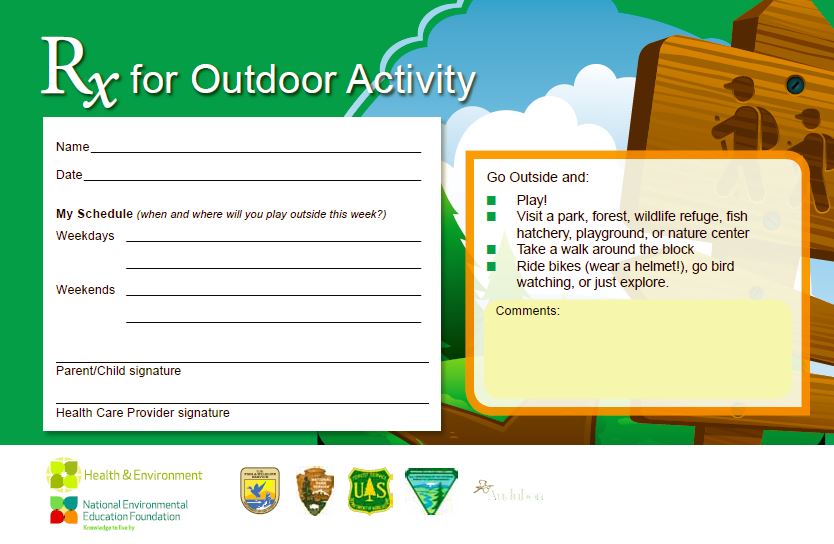 Here, Zarr explains how the program works and why he got on board after noticing an alarming change in his patient population:

Since the program officially began in July, Dr. Zarr has written more than 350 nature prescriptions.  Among the factors he plans to track in his patients’ health: body mass index; asthma rates; the number of emergency room visits; sleep patterns; and levels of anxiety, depression and happiness.

I suggested that for guidance and inspiration his families should read The Durable Human Manifesto, or at the very least “Afternoon on a Hill” by Edna St. Vincent Millay – a poem I was lucky to catch Garrison Keillor reading on The Writer’s Almanac:

I will be the gladdest thing
Under the sun!
I will touch a hundred flowers
And not pick one.
I will look at cliffs and clouds
With quiet eyes,
Watch the wind bow down the grass,
And the grass rise.
And when the lights begin to show
Up from the town,
I will mark which is mine,
And then start down! 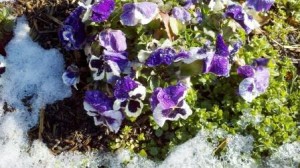 Learn more about the author of this post on Google+  You can download The Durable Human Manifesto for free online or for sale in print.