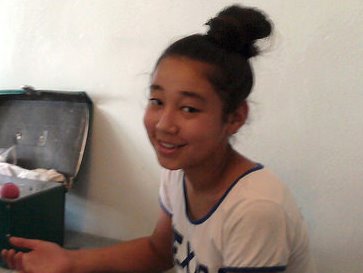 If you live in the U.S. or some other country with strong rules for clean air and water, the most polluted places in the world seem far away. It’s likely your neighbors don’t have radiation poisoning or barrels of pesticide festering in the backyard.

But those in low- and middle-income countries are not so fortunate. They bear the brunt of almost all the cancers, disease and other afflictions caused by pollution. Children are especially vulnerable.

Fortunately, the Global Alliance for Health and Pollution connects needy nations with sources who can help. “GAHP exists so countries don’t have to deal with pollution on their own,” according to Richard Fuller, president of Blacksmith Institute for a Pure Earth, one of the NGO’s partners. “There are terrific results where countries have done the right things,” adds Stephan Robinson of Green Cross Switzerland.

Here are some success stories from a new report, The Top Ten Countries Turning the Corner on Toxic Pollution: 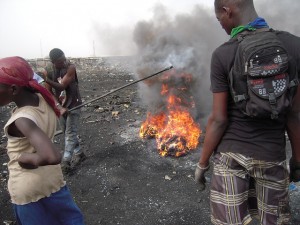 The problem: In the Agbogbloshie area within the teeming city of Accra, some people make their living by recycling electronic junk. Typically, recyclers burn off the plastic covering cords and cables to get at the valuable wire, causing clouds of acrid smoke which sicken people and contaminate the soil and water. 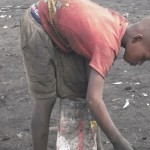 Kids and others who sift through the rubble develop serious skin afflictions and other health problems. But putting an end to the practice was not an option. “Simply banning burning wouldn’t help them earn an income,” says Pure Earth’s Kira Traore. 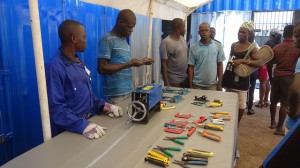 The solution: Working with the local scrap dealers association, Pure Earth and the Ghanaian government turned a blue shipping container into a makeshift recycling center and supplied hand-cranked wire-stripping machines. Now, although burning has not been eradicated, recyclers who use the center are not only safer, they can sell the plastic they once destroyed. 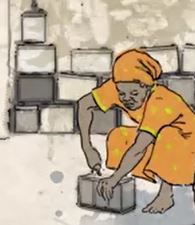 From the video, “The Poisoned Poor and the Pollution Crisis”

The problem: In this case, car battery recycling was killing children. It began when a local lead smelter near the town of Thiaroye-Sur-Mer offered $100 per day to anyone who collected lead from dead batteries. Women watching children at home began to crack open batteries by hand and purify the lead on open fires, a process described in this video. Soon, the children began to die from acute lead poisoning. Blood lead levels of those still alive were “astronomically high.” 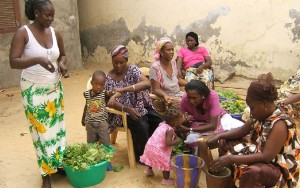 The solution: In cooperation with the local community, Pure Earth and the Senegalese government removed lead from around the former recyclers’ homes and deep-cleaned inside to remove toxic lead dust. The next step was to train the women to grow food through water-conserving hydroponic agriculture. Today, blood lead levels have dropped significantly among children, the women have a new  source of income, and villagers have access to more peanuts, onions, tomatoes, greens and other nutritious food. “The women of Thiaroye-Sur-Mer are absolutely committed to change for the health of their families,” reports Traore. 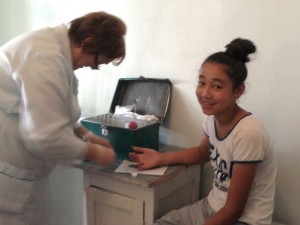 The problem: In this part of the former Soviet Union, an old uranium mine leaks radioactive waste into the drinking water. Cancer is rampant in the nearby community of Mailuu-Suu and children suffer from depressed immune systems and various blood disorders. 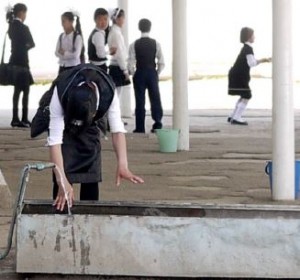 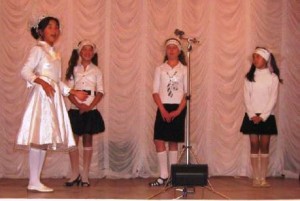 children are at especially high risk, Pure Earth and Green Cross Switzerland placed water filters in kindergartens and other schools, and radiation shields in contaminated homes. Students who became involved with the process performed plays and made posters about radiation safety. Today, where filters have been installed and maintained, water radiation levels have dropped by up to 65% and blood samples from school children have shown marked improvement. 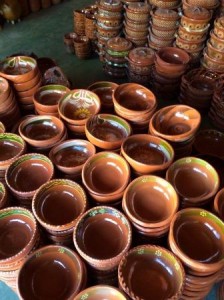 The problem: The way artisans hand-craft painted pottery comes at a deadly price. Most pottery is fired with a glaze containing lead (which is technically illegal), which in turn leaches into food. 20 of the 32 states of Mexico are major producers of pottery, which is used by tens of millions of Mexican people. Currently, half the nation’s children have blood lead levels high enough to lower intelligence and affect behavior. 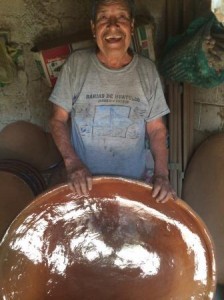 The solution: In the state of Hidalgo, the Mexican government teamed up with Pure Earth to introduce potters to a boron-based glaze which contains no lead, does not affect quality, and costs less. In villages using the new process and where lead has also been removed from equipment and soil, blood lead levels in children have plunged. Pure Earth is now calling on the Mexican government to enforce its ban on lead glaze and buyers, shops and restaurants to ask for the lead-free alternative.

As in Mexico, given enough cooperation and support, any of these approaches can be scaled up to assist in more places. Sometimes, ideas and skills training are all that is needed. Where money is necessary, the fixes can be relatively inexpensive.

Pollution respects no borders. Los Angeles residents breathe air blown from smokestacks in Asia. Anyone has a chance of eating fish tainted with mercury. It doesn’t pay to turn a blind eye on those needing help in their corner of our collective earthly nest. As Nathalie Gysi of Green Cross Switzerland says, “We have something to give they desperately need.”

This leads to a big question: is it possible for nations to be mindful?

To learn more about GAHP’s pollution-improvement efforts and how to start your own campaign to raise awareness and funds, please click here.

If you need a little inspiration for seizing your powers as a person, read the 15-minute Durable Human  Manifesto: Practical Wisdom for Living and Parenting in the Digital World. Now available as an enhanced audiobook. You are also invited also to join the Durable Human mailing list and get more information about the author on Google+.

All images in this post are courtesy of Blacksmith Institute for a Pure Earth.